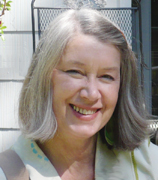 [email protected]
At Williams since 1976

Professor Hoppin’s published work has long focused on Greek tragedy (including its relation to Homer) and especially Sophocles’ plays, while she has given attention to Latin literature in her work on Horace. In recent years she has shifted her scholarly attention to Rome in the archaic to mid-Republican periods. She is currently working on a monograph examining how Plautus’ Aulularia (Pot of Gold) maps Roman religious cults and enacts myths of Rome’s origins while pretending to be set in the city of Athens. She is also working on an essay about Sappho, Wallace Stevens and Louise Gluck. Among other services to the larger profession, Professor Hoppin has served as Book Editor of The New England Classical Journal and chair of the Pearson Fellowship Committee of the American Philological Association.

In nearly forty years at Williams, Professor Hoppin has served on numerous standing committees, like the Steering and Compensation committees and the Committee on Educational Policy; various ad hoc committees, from the Committee on the College Mission Statement and the Title IX Compliance Committee, to the Griffin Hall Renovation Committee. She has served as well on the CAP’s Faculty Interview Panel and a number of advisory committees for academic programs, including Women’s, Gender, and Sexuality Studies, History of Ideas, Leadership Studies, Comparative Literature/Literary Studies, and Performance Studies. She is perhaps most proud of her role in founding what was originally called the Women’s Studies Program and in promoting the development of Jewish Studies at Williams. She has also been a strong advocate for Arabic, Asian, and Medieval studies, the study of Late Antiquity, linguistics, and (not least) archaeology, and an equally strong advocate for the presence of ancient Greek and Roman studies within other departments, especially Art, Philosophy, Religion, History, and Theatre.

Professor Hoppin has served as president of Williams’ chapter of Phi Beta Kappa, Secretary of the Faculty, and a faculty and trustee marshall of the college. From 1997-2000 she directed the Oakley Center for the Humanities and Social Sciences at Williams. In 2012-13 she directed the Center  for Foreign Languages, Literatures, and Cultures. She chaired the Classics Department for most of the years 1986-2013.

Covid-19 is an ongoing concern in our region, including on campus. Safety measures are in place, and campus community members and guests are additionally advised to take personal precautions. See the college's Covid-19 website for information about campus policies. For the latest research and recommendations from the CDC, visit cdc.gov/coronavirus.