The Conundrum of the Arena: Violent Spectacles and the Roman System of Values 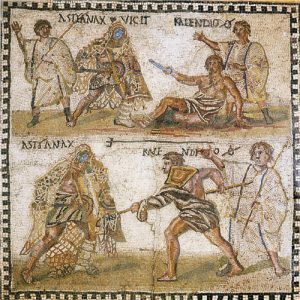 Kathleen Coleman, Harvard University’s James Loeb Professor of the Classics, will discuss “The Conundrum of the Arena:  Violent Spectacles and the Roman System of Values”

In addition to her work on Latin poetry, Coleman is also interested in prose authors, especially the younger Pliny. Alongside her literary scholarship, she has published extensively on the spectacles of the Roman arena